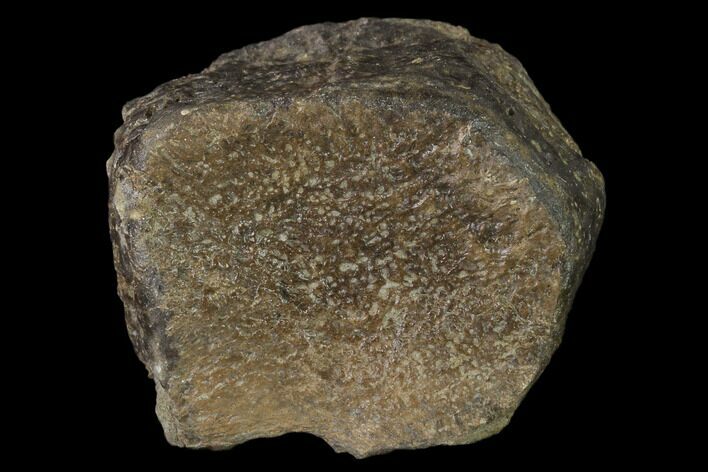 This is a large Ichthyosaur (Opthalmosaurus sp.) flipper digit from the Middle Jurassic period Oxford Clay of North Peterborough, England.