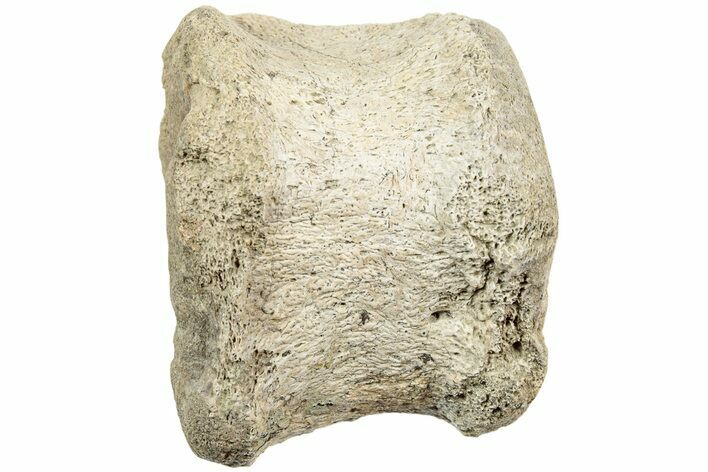 This is a 2" wide caudal vertebra (distal tail) centrum of a hadrosaur (Edmontosaurus annectens) from our partner's lease on the Lance (Creek) Formation in Wyoming.

The bone is weathered and missing one edge of the centrum. Everything superior to the pedicles weathered away and wasn't recoverable.