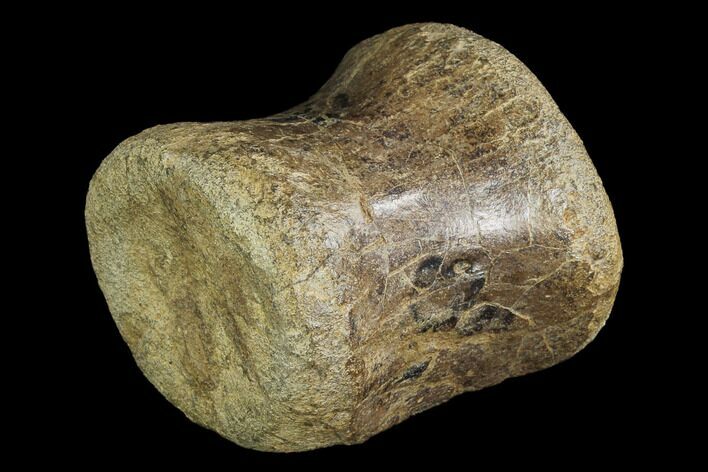 This is a 2" long vertebra centrum of a Pachycephalosaurus ("thick headed lizard") with a intact process It was collected from the Hell Creek Formation in Carter County, Montana.