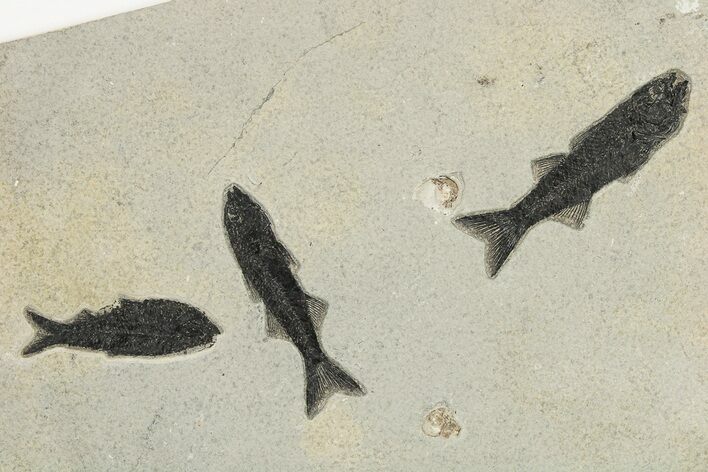 This is a 21" wide fossil fish plate collected from the Lindgren Quarry at the Green River Formation of Wyoming. The shale contains two Mioplosus labracoides fish and a single Knightia eocaena fish that are naturally associated with each other and bear jet-black preservation. The Mioplosus measure 5.7" and 5" long and the Knightia measures 4.1" long.

This specimen is accompanied by a metal display stand.

A view of one of the commercial quarries where fossils from the Green River Formation are collected.
FOR SALE
$595
DETAILS
SPECIES
Mioplosus labracoides & Knightia eocaena
AGE
Eocene (~48 million years) 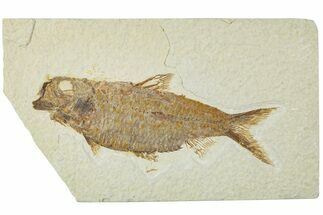 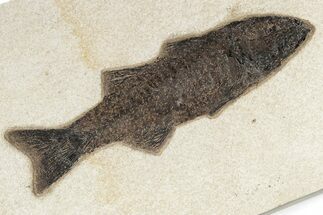 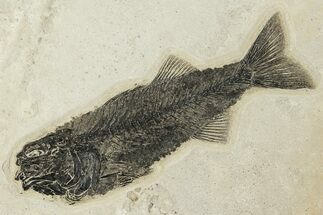