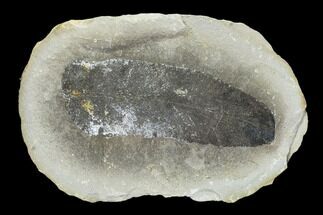 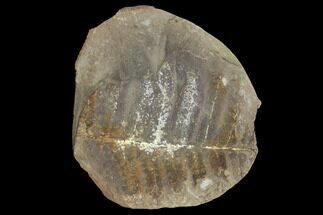 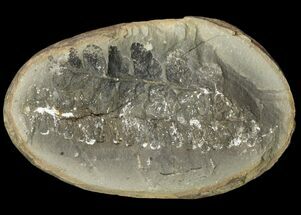 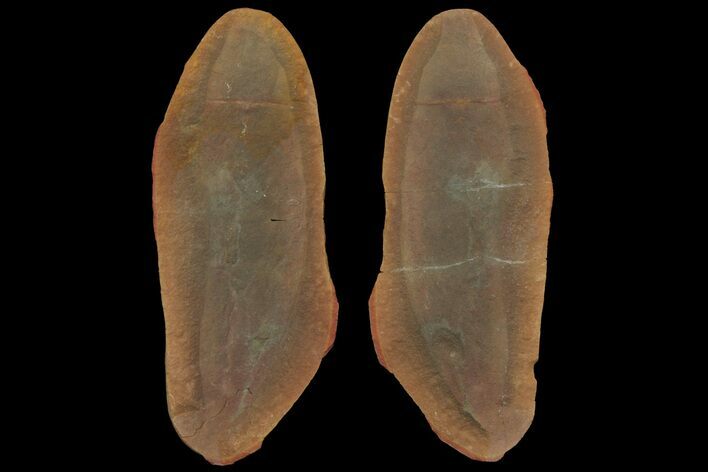 This is a fossil Tully Monster, preserved inside an ironstone nodule that has been split open. The preservation is beautiful, with the handlebar-like eye stalks preserved, indicating which end is the anterior (front) portion of the specimen. It comes from the famous Mazon Creek Lagerstätte. These ironstone nodules have been collected for decades from the spoil heaps of abandoned coil mines near Coal City, Illinois. Both halves of the nodule are present and are accompanied by acrylic display stands. There are multiple repaired cracks through each half of the nodule which occurred during the initial splitting of the stone.

The feature which isn't present on this specimen is the anterior grasping appendage. Tully Monster specimens with all features present are extremely rare and would probably fetch 10x this price.

Tullimonstrum gregarian, or better known as "The Tully Monster", is a strange jawless fish that has been classified as a lamprey. It was originally hypothesized as being a segmented worm or swimming slug, however further studies have determined that it is most likely a lamprey. These variety of lamprey thrived in a time where northeastern Illinois was covered in water, around the mid to late Pennsylvanian period (~300 - 310 million years ago).

The Tully Monster was cylindrical in shape and contained a jointed, sharp claw-like appendange (probiscus) that jutted off the anterior end of the fish. It had two eyes on the superior portion of its body that branched off from the body like handle bars, along with a dorsal and tail fin. It's believed that it fed by grasping on to its prey with its probiscus and scraping away and consuming the tissue with the help of its tongue.

It was given the name Tully Monster for both its formerly puzzling appearance and in honor of the fossil finder/collector, Francis Tully. In 1989 it was designated the state fossil of Illinois. 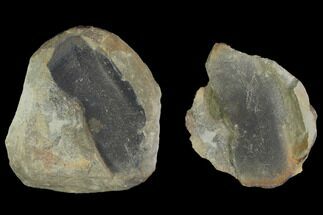 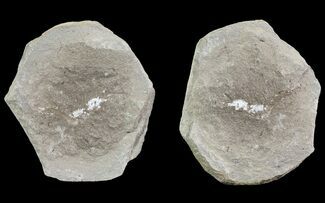 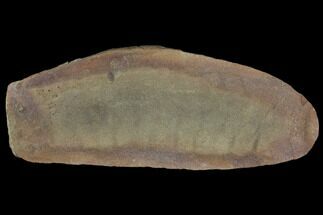 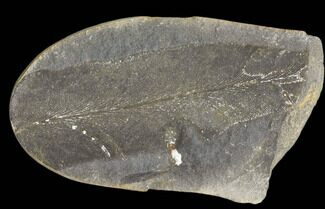