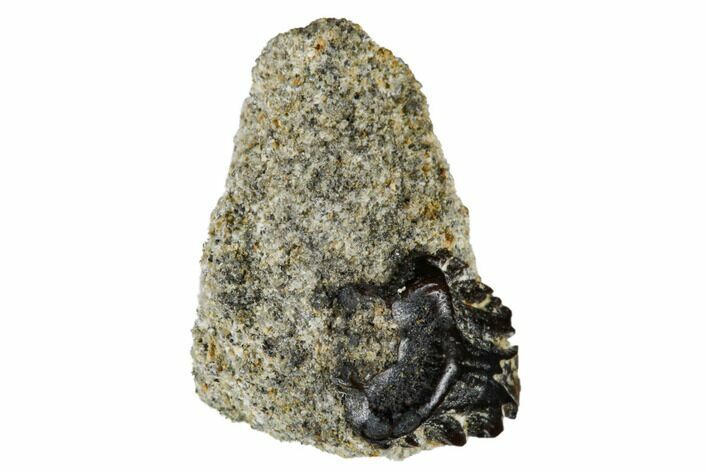 This is a beautifully preserved, .25" long tooth from a Nodosaur. It was collected from the Judith River Formation in Montana and a small amount of rock is still attached to the tooth. While Nodosaur teeth are relatively abundant in the formation, not enough skeletal material has been recovered to describe the species.