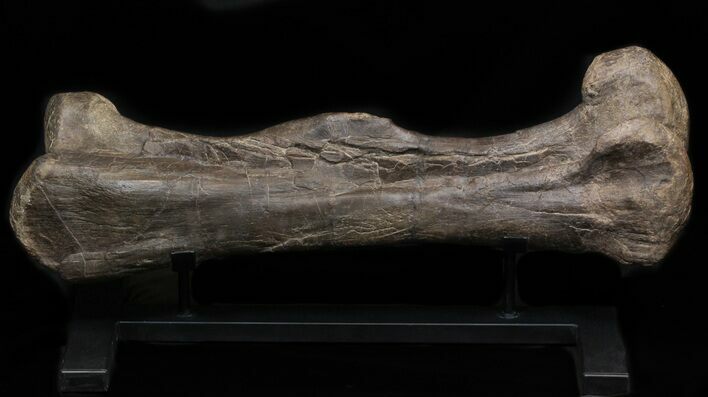 This is a large, well preserved, 28.5" long Hadrosaur (Duck-Billed Dinosaur) femur from the Two Medicine Formation in Glacier County, Montana. We're typically hesitant to assign a species to individual bones when there are several species of Hadrosaurs described from the formation, but given the size Maiasaura peeblesorum is by far the most likely candidate.

The femur is laterally compressed but otherwise complete and well preserved with minimal surface erosion. There has been some repaired cracks and small gap fills in the cracks but that's it for restoration. It comes with a metal display stand which displays the piece nicely in a horizontal position.