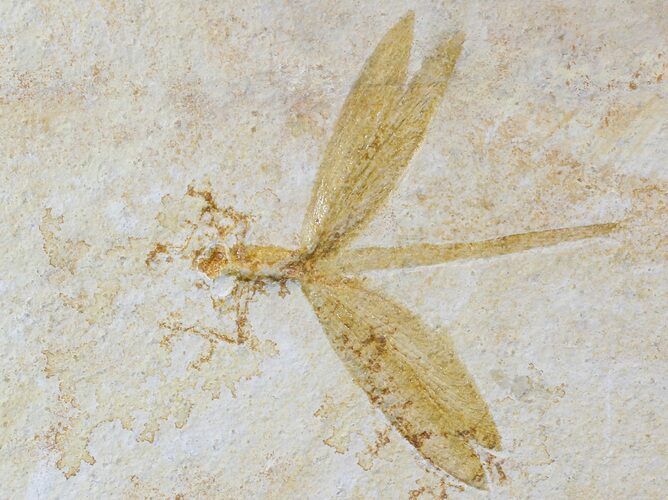 This is a highly coveted fossil dragonfly (Aeschnogomphus sp.) from the Upper Jurassic, Solnhofen Limestone of Germany. Complete fossil dragonflies are rare finds in this formation and there are several species present. This one has a 3.9 inch wingspan with good preserved detail in the wings.

The Solnhofen limestone is a famous Lagerstätte in Germany that offers amazing preservation of Upper Jurassic fossils. It is where one of the most famous fossils of all time, Archaeopteryx, was found. The fine grained limestone makes excellent building materials which has led to heavy quarrying over the past two centuries which as a result has led to some amazing fossils being unearthed.

This area represented an archipelago at the edge of a sea. Due to high salt content, the lowest levels in the water column could not support much life and were devoid of oxygen. This lack of scavengers on the bottom of the sea led to amazing preservation of the fauna found there.
View All Solnhofen Fossils
SOLD
DETAILS
SPECIES
Aeschnogomphus sp.
AGE
Upper Jurassic (150 million years) 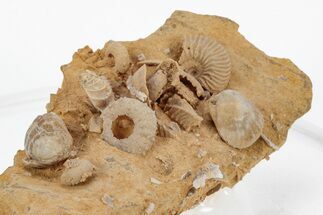 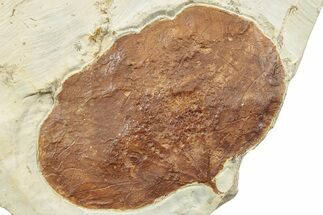 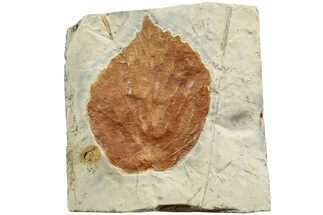