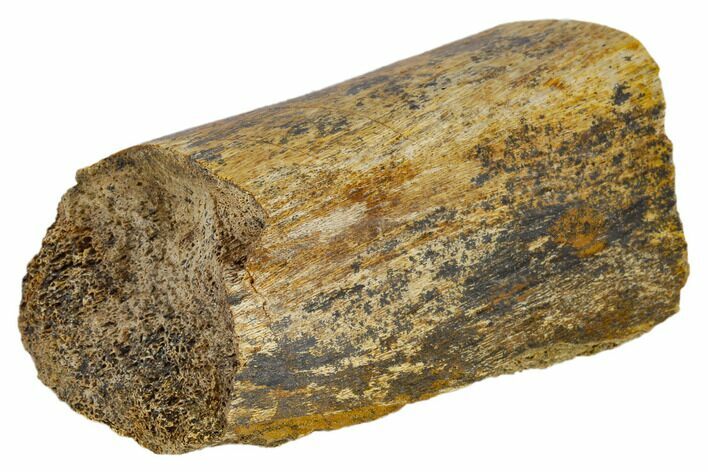 This is a 3.2" long Hadrosaur (Edmontosaur) bone section from the Hell Creek Formation in Harding County, South Dakota. The bone is very well preserved. This is likely, a section of fibula from the back leg.