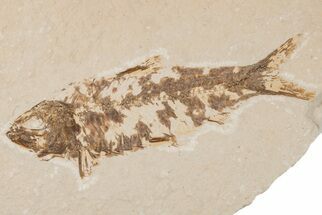 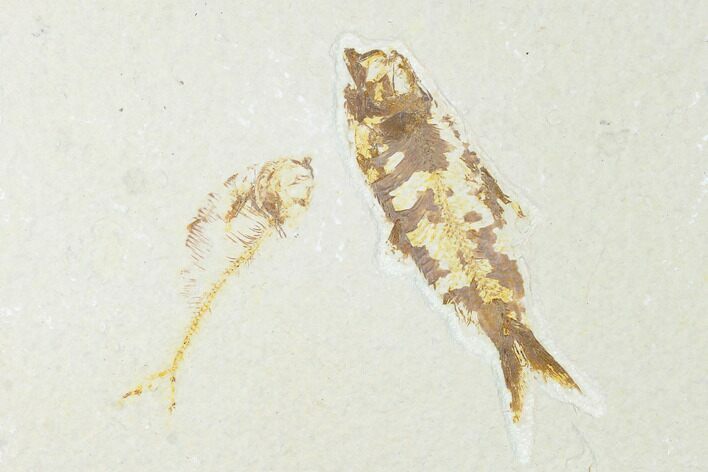 This 3.3" long Knightia eocaena comes from the Eocene aged Green River Formation of Wyoming. It is nicely detailed and prepared with bone structure, fins, and the overlapping scale structure visible. There is also a faint impression of what looks to be a juvenile Diplomystus on this plate. 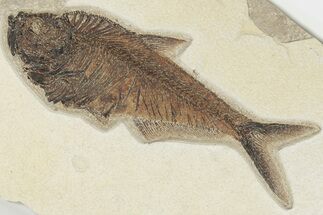 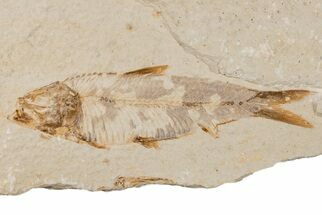 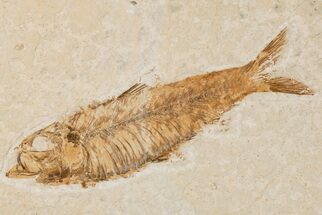 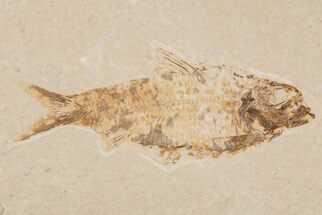 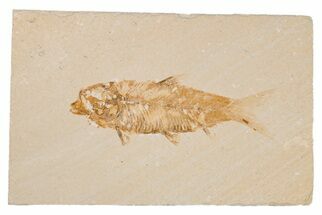