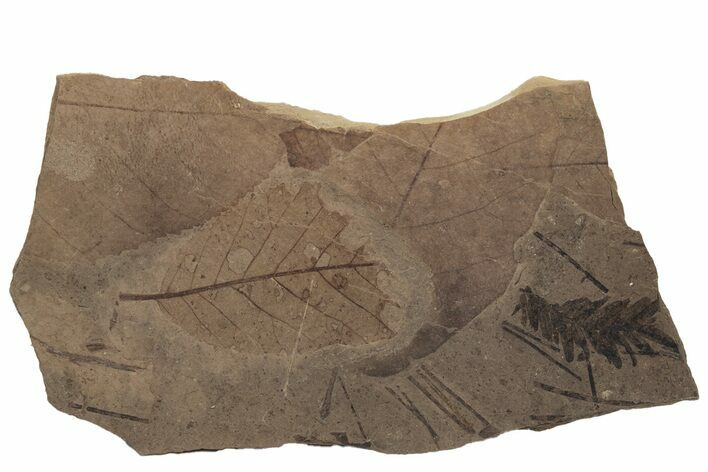 This is a 5.2" wide leaf fossil plate from the McAbee fossil beds of British Columbia, Canada. It contains multiple leaves of the species Betula leopoidae ranging between 2.1 and 3.3", as well as many pine needles and a small branch of Metasequoia measuring 1.4"

Disclaimer: We are not paleobotanists and as such our identification of these leaves may not be 100% accurate. We try our best to provide the most accurate result, but occasionally we fall short.
SOLD
DETAILS
SPECIES
Betula leopoidae, Metasequoia sp., and Pinus sp.
AGE
Middle Eocene 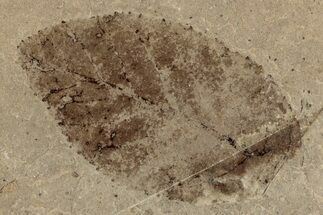 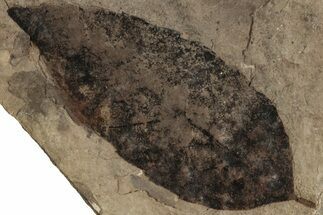 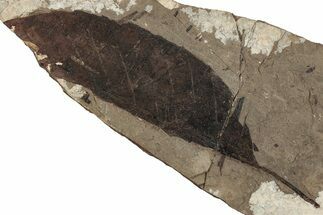