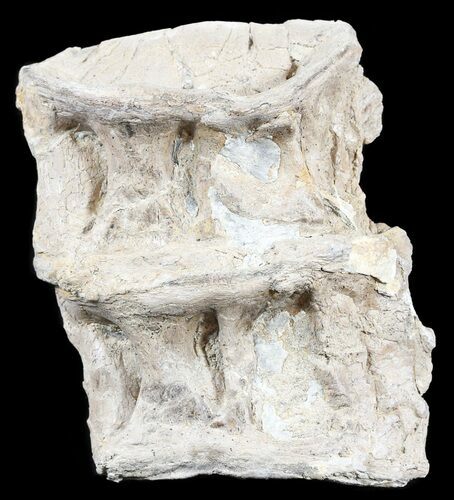 This is a pair of associated Xiphactinus audax vertebrae which are fused together from the Smoky Hill Chalk in Gove County, Kansas.