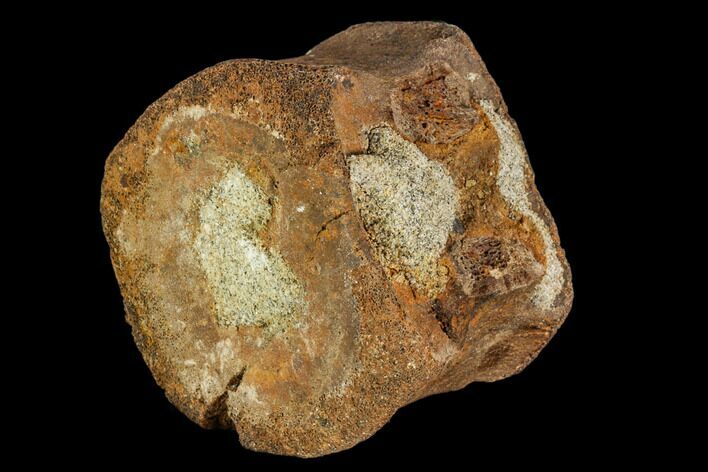 
This is a 1.2" Ankylosaur, cervical vertebra, centrum from the Horseshoe Canyon Formation, Alberta Canada. This specimen is in good condition. The processes are missing but the example shows good cortical bone in places and anatomical features like fossa are visible. There is a repaired crack.