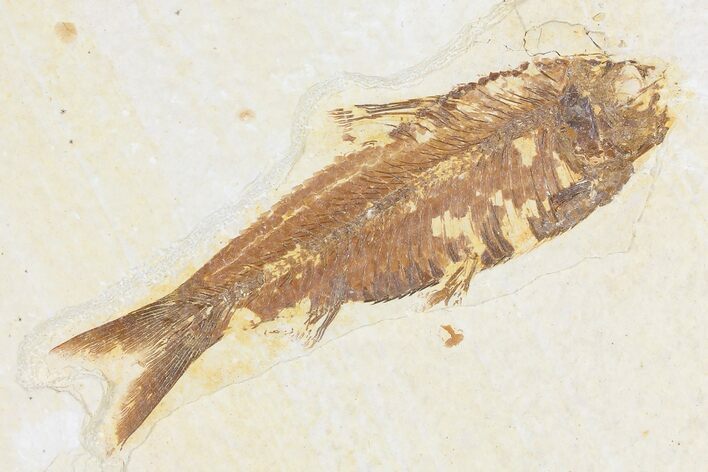 This is a 3.5" fossil Fish (Knightia) from the Green River Formation, Wyoming. This beautiful specimen has visible bone structure including lower jaw and gill cover, ribs and spine, scales and fins. This specimen has a fish coprolite (feces) on the reverse side.