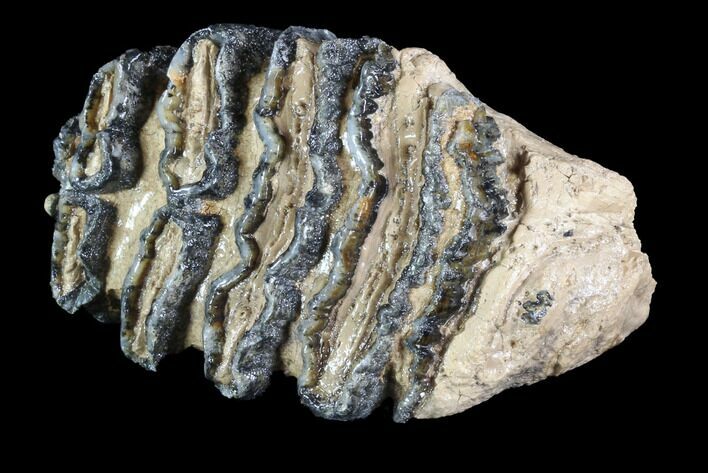 This is a 3.6" long, fossil molar of a baby Southern Mammoth (Mammuthus meridionalis). It was collected from the Pleistocene gravel deposits of Hungary. Molars of the Southern Mammoth are much rarer than those of the Woolly Mammoth. 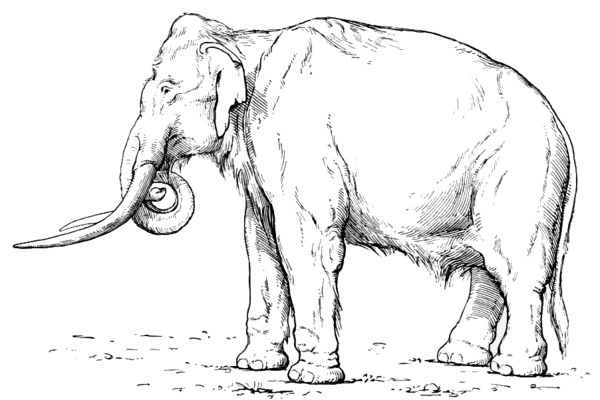 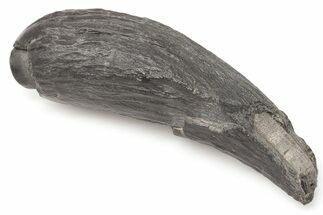 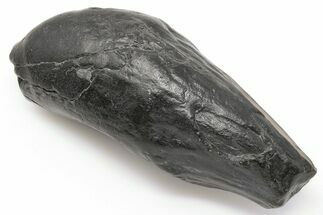 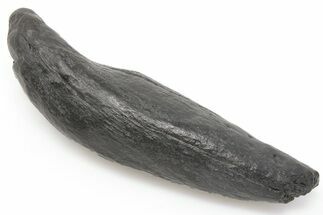 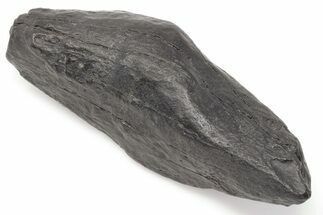 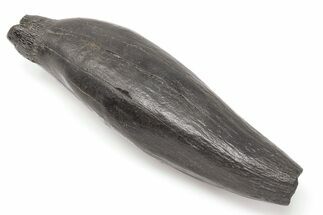