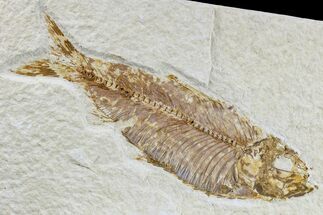 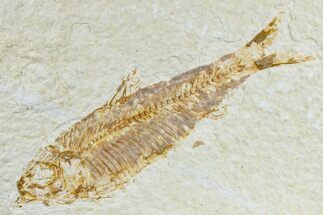 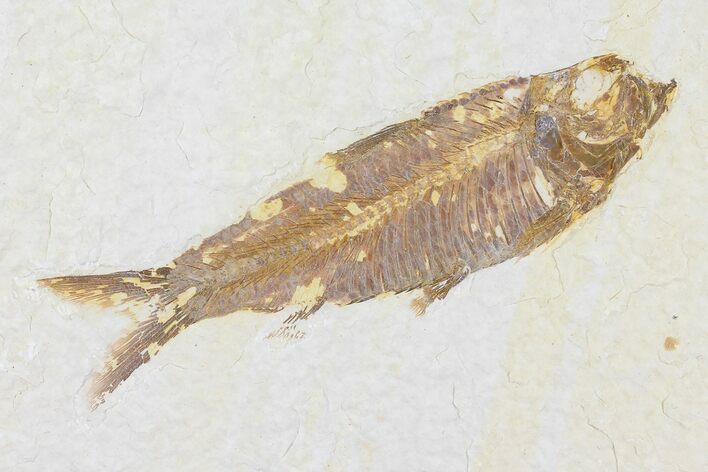 This is a 3.7" fossil Fish (Knightia) from the Green River Formation, Wyoming. This very nice specimen has visible bone structure, ribs and spine, scales and fins. 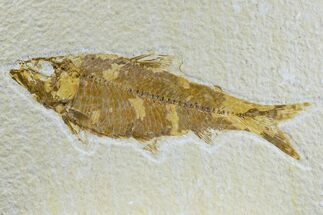 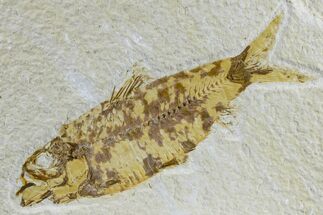 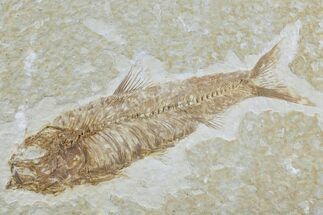 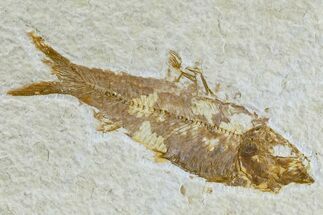 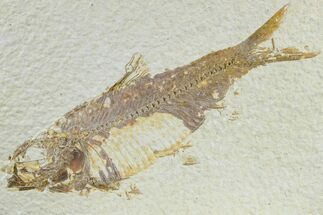