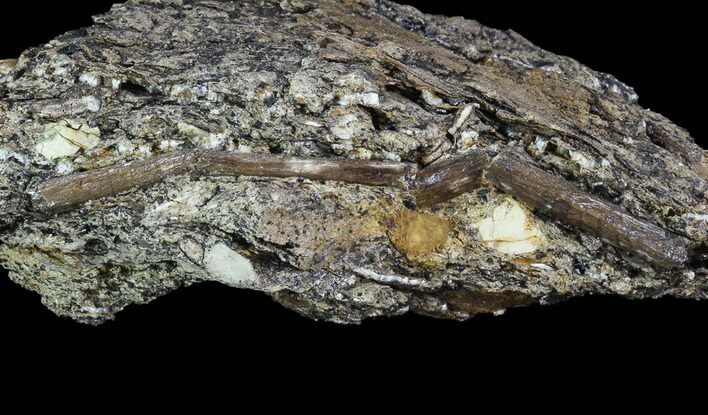 This is a really cool fossil from the Late Cretaceous, Aguja Formation of Texas. It's a 3.8" long section of fossilized tendon from a Hadrosaur. Tendons are soft tissue so it's pretty unusual for them to fossilize. It requires specific conditions where the dinosaur is rapidly buried before they can decay. It was ID'd as hadrosaur based on closely associated bones.