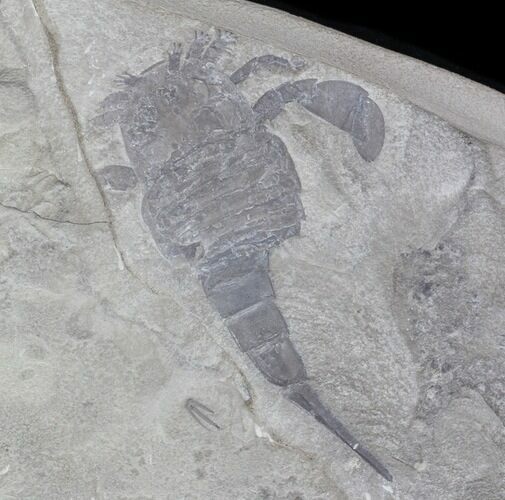 This is a 3.85" long specimen of the Eurypterid, Eurypterus remipes from New York. It is Upper Silurian in age from the Phelps Member of the Fiddler Green Formation. 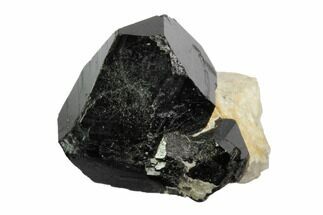