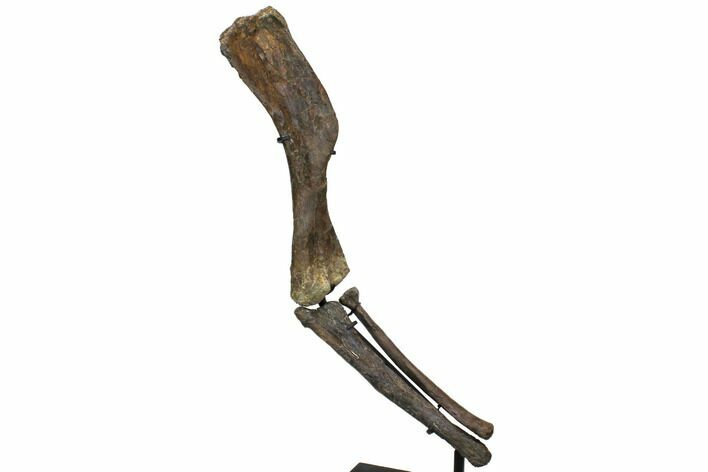 This is an incredible, 34.5", articulated Hadrosaur (Brachylophopsarus) left arm from the Judith River Formation, Montana. It consists of the humerus, radius and ulna. All are in excellent condition with the crack repairs, fills, and reconstruction one would expect from this kind of specimen. On the included stand, this is a very striking display.