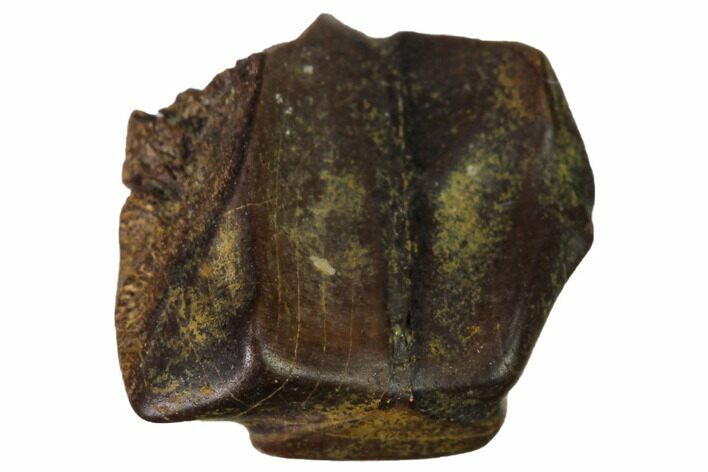 This is a .37" long tooth of the Hadrosaur, Edmontosaurus annectens from the Hell Creek Formation, South Dakota.

Hadrosaurs had a massive battery of small teeth (up to 900 in some species) in their mouth for grinding tough vegetation and they shed their teeth as they become worn. 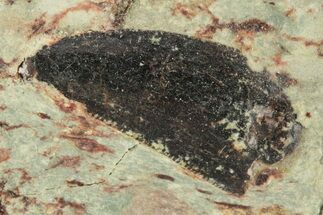 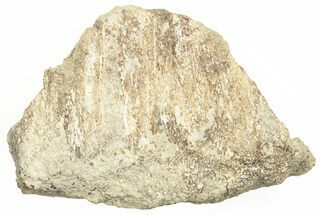 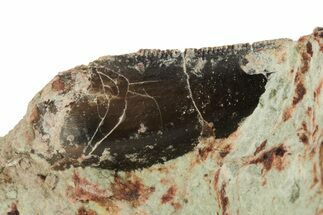 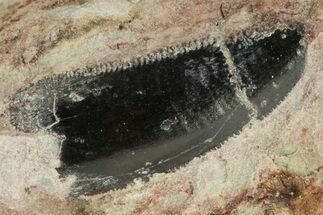