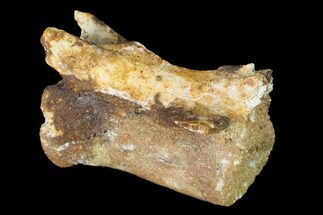 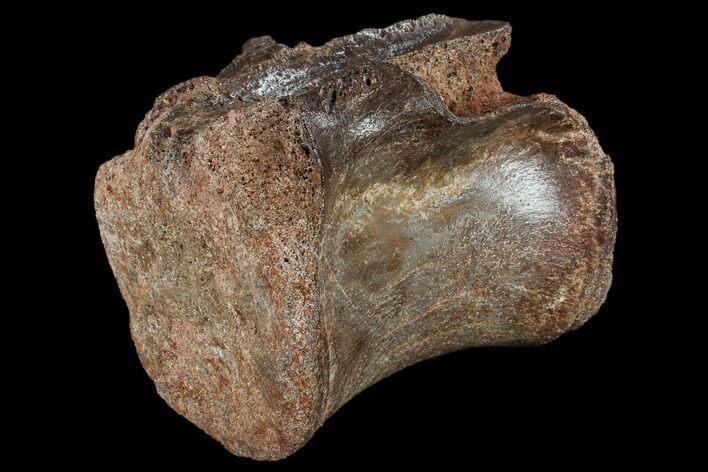 This is a 4.2" long fossil sauropod (Rebbachisaurus) caudal vertebra centrum from the Late Cretaceous, Kem Kem Beds of Morocco. It is in very good condition and is likely from the middle of the tail. 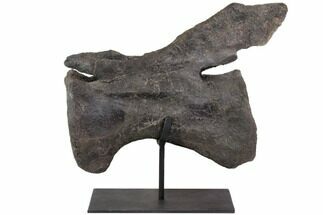