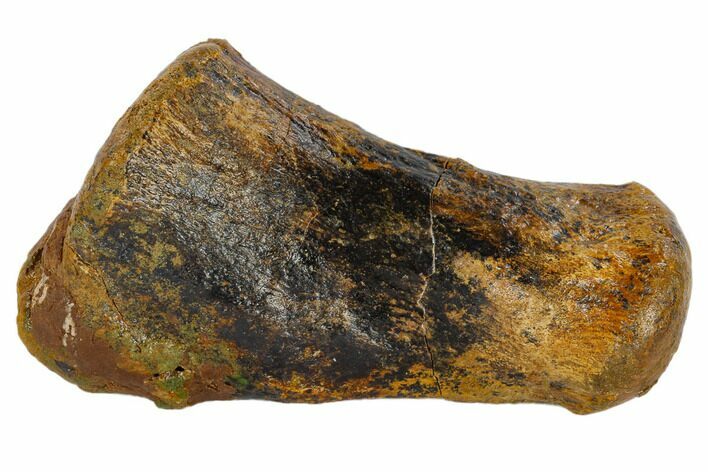 This is a 4.3" long Hadrosaur (Edmontosaur) metacarpal (wrist) bone from the Hell Creek Formation in Harding County, South Dakota. The bone is very well preserved and is the fourth finger, on the left hand. It has a number of repaired cracks and some gap fill restoration in the cracks. 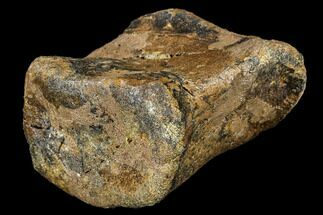 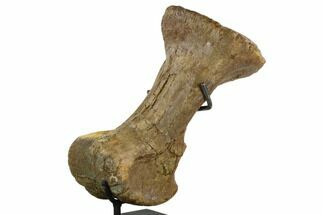