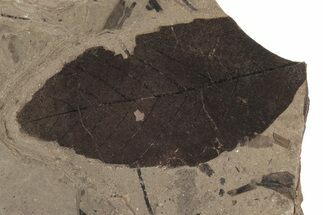 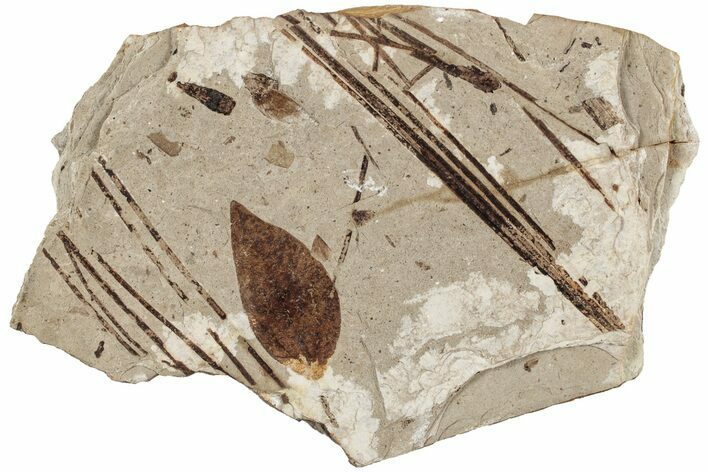 This is a very nice 4.5" wide plant fossil plate from the McAbee fossil beds in British Columbia, Canada. This is a very interesting specimen that contains a leaf that resembles the genus Fagus, as well as several assorted pine needles.

Disclaimer: We are not paleobotanists and as such our identification of these leaves may not be 100% accurate. We try our best to provide the most accurate result, but occasionally we fall short.
SOLD
DETAILS
SPECIES
Fagus sp. & Pinus sp.
AGE
Middle Eocene 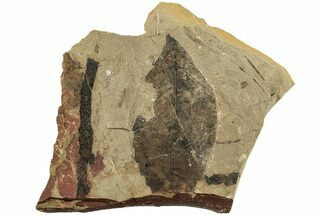 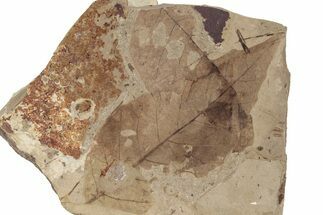 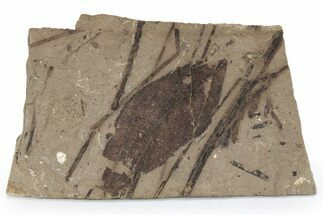