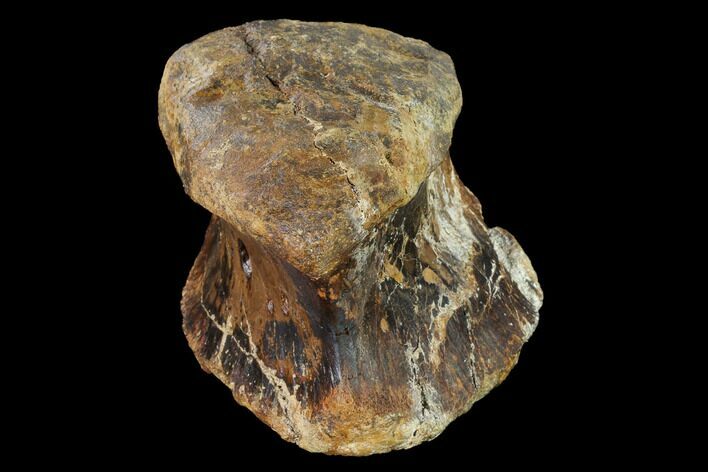 This is a dorsal vertebra of a hadrosaur (Edmontosaurus) from the Hell Creek Formation of Harding County, South Dakota. Everything superior to the base of the pedicles has weathered away and wasn't recoverable. There are fractures through this vertebra, though few required crack repair. The cortical bone that wraps around the body of the vertebra remained in great condition.