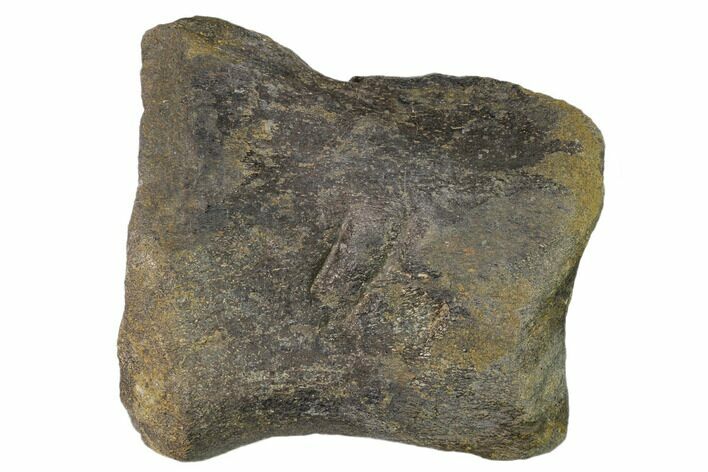 This is a really cool, 4.7" long Hadrosaur (Hypacrosaur) phalange (toe bone) that features multiple bite marks (predation) across the top. It was collected from the Two Medicine Formation this last summer and has been nicely prepared from the hard rock surrounding it.

Most of the cortical bone has weathered away, revealing the bone cells that makeup the bone. The edges of this phalange are chipped in spots, though there is no indication of any repair or restoration to this phalange.