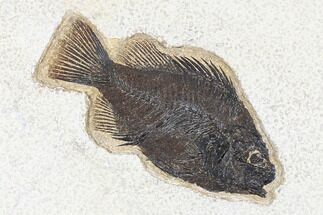 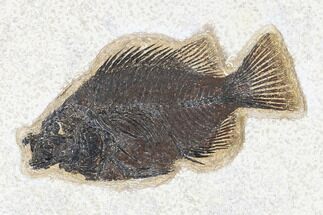 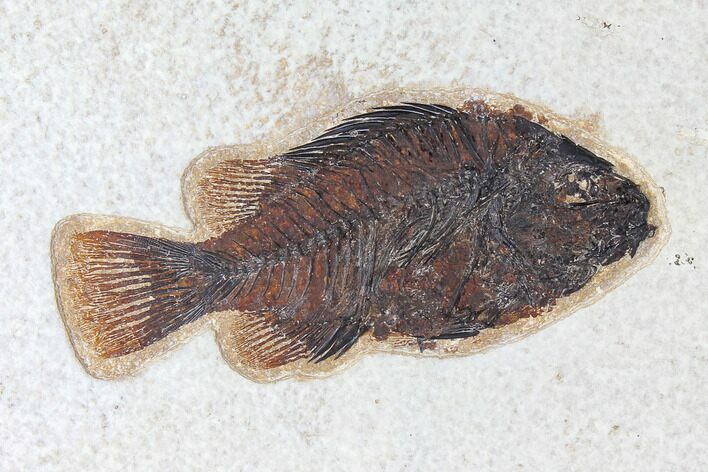 This is a 4.8" fossil fish (Cockerellites) from the famous 18-inch layer of the Green River Formation, near Kemmerer, Wyoming. This amazing specimen is an incredibly well preserved on a slab of shale that has been framed for easy hanging and display. It beautifully shows bone and fin rays. The dark spots in front of and above the fish are coprolites, fossilized fish feces.