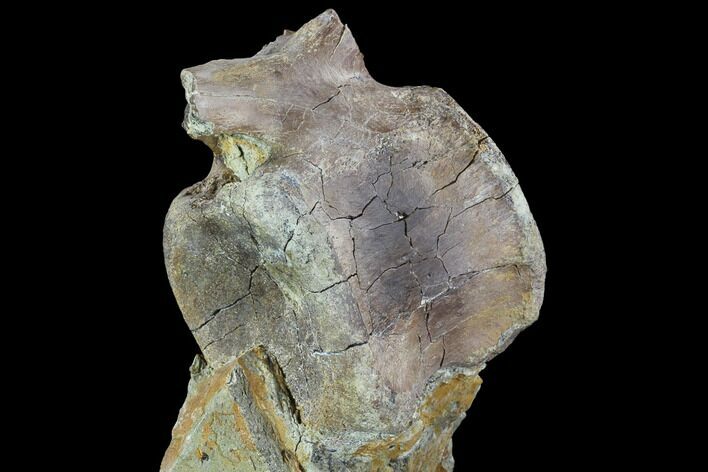 This is a nicely preserved, 4" tall, Hadrosaur caudal (tail) vertebra still partially embedded in the rock it was found in. The base of the rock has been cut flat so that it stands up nicely without the need for a display stand.

This was collected several weeks ago from the Late Cretaceous, Aguja Formation in Texas. There are several repaired/stabalized cracks in the piece but no restoration.