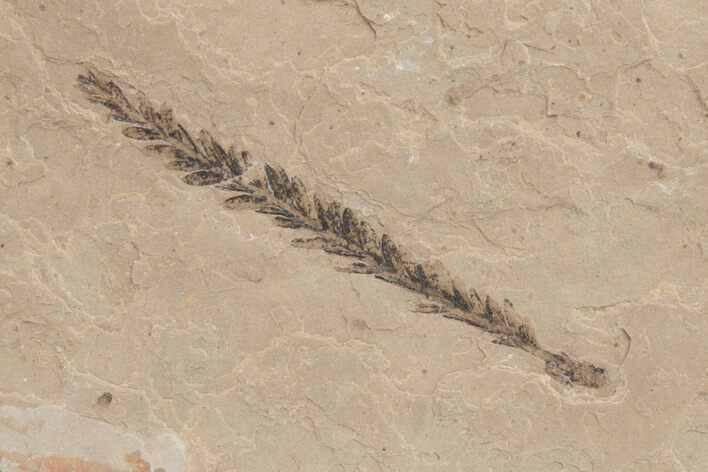 This is a very nice 4" wide Metasequoia fossil plate from the McAbee fossil beds in British Columbia, Canada. Metasequoia is also known as Dawn Redwood and was thought to be extinct until a living population was discovered in China. This is a very interesting specimen that contains a single branchlet measuring 2" long.