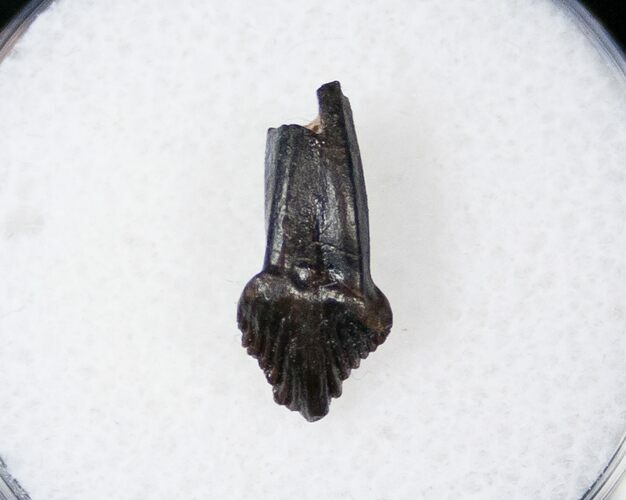 An artists reconstruction of the head of Pachycephalosaurus. By Ryan Steiskal
is gorgeous .46" rooted Pachycephalosaurus tooth collected in Powder River County, MT. These teeth are fairly rare in the formation, particularly ones with roots and in as nice of condition as this one. It exhibits almost no feeding wear and even the minute details in the crown can be seen. Comes in an acrylic display case.

This tooth comes from the Hell Creek Formation of Montana. The Hell Creek Formation represents a sub-tropical floodplain which would have been similar to coastal, modern-day Louisiana. This area was home to some of the most recognizable dinosaurs in the world including triceratops, hadrosaurs and the king of them all, T-Rex. 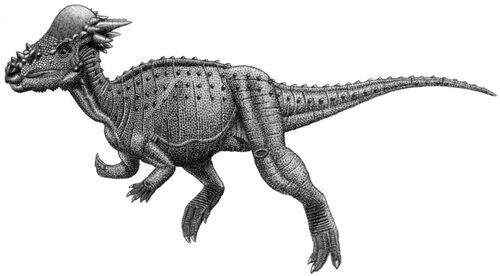