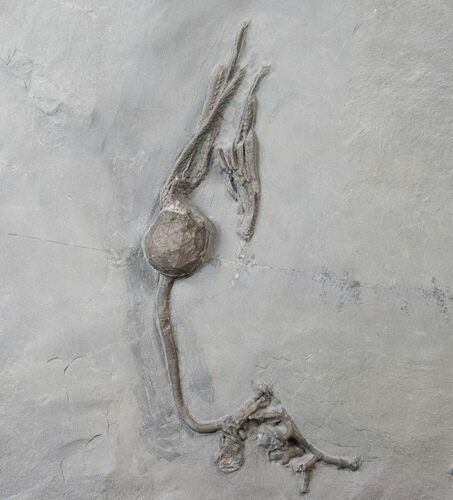 This is a hard to acquire Caryocrinites ornatus cystoid from the Rochester Shale of New York. These cystoids come out of a layer in Caleb's quarry that's been exhausted for some time. This specimen were collected by the late Bill White in the 90's. These were very unique finds because cystoids are almost always (99% of the time) found without arms or stems.

This cystoid specimen is very inflated, 5 1/2" long including the stem and hold fast and is centered on a 7.3x5.5" slab of shale matrix. There has been some repair and stabilization done to the matrix on this piece.