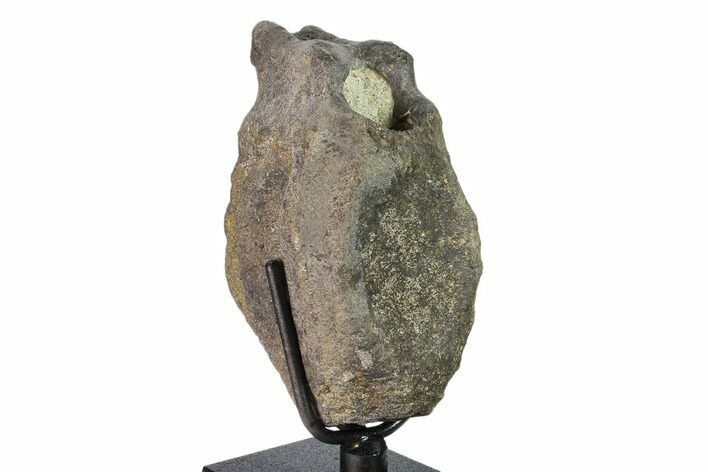 This is a nicely preserved, 5.2" tall Hadrosaur (Hypacrosaurus sp.) caudal (tail) vertebra from the Two Medicine Formation of Montana. It was collected this last spring and has been nicely prepared from the hard rock surrounding it.

The edges of the centrum have weathered away, along with the articular facets and spinous process. There is a repaired crack that runs through the base of the spinous process and pedicles, with some minor gap fill restoration in spots where the bone crumbled away. Rock has been left within the vertebral foramen for structural purposes.