5.4" Fossil Whelk With Calcite and Bivalves 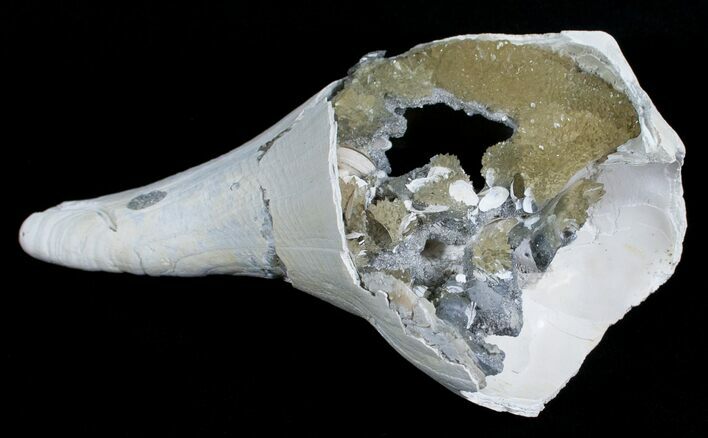 This is a large fossil Whelk of the species Busycon rucksorum from the famous Ruck's Pit in Florida. It is broke, but the matrix inside is full of small fossil bivalves as well as several areas of small golden calcite crystals. It's 5.4" inches tall and approximately 2 million years old. While I have not tried to myself, supposedly the calcite crystals from this location fluoresce under UV light. 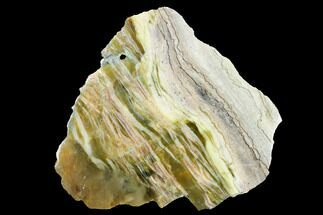