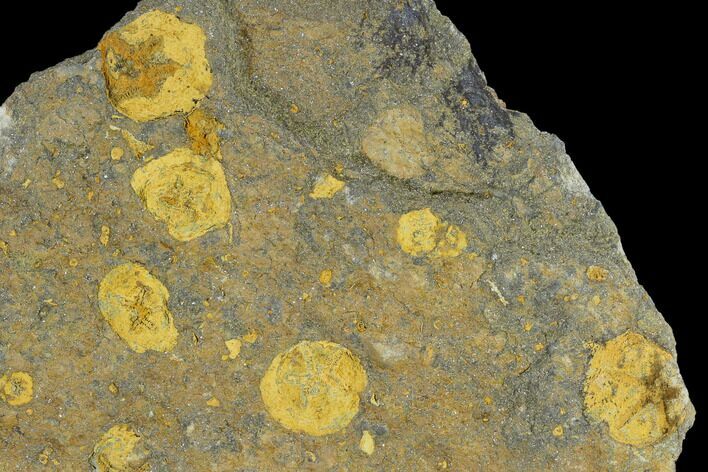 This is a 6.2" unidentified fossil Edrioasteroid plate from the Ordovician aged Ktaoua Formation from the Draa Valley, Morocco. It contains at least eight edrioasteroids, the largest is .6" in diameter. The orange coloration of the fossils is due to oxidization of iron pyrite which originally replaced the fossils. 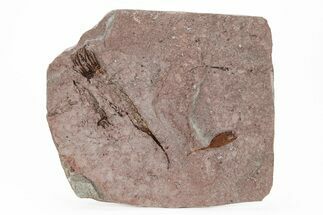 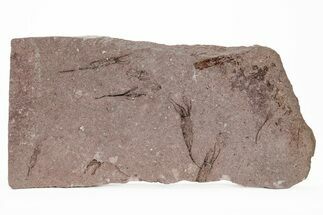