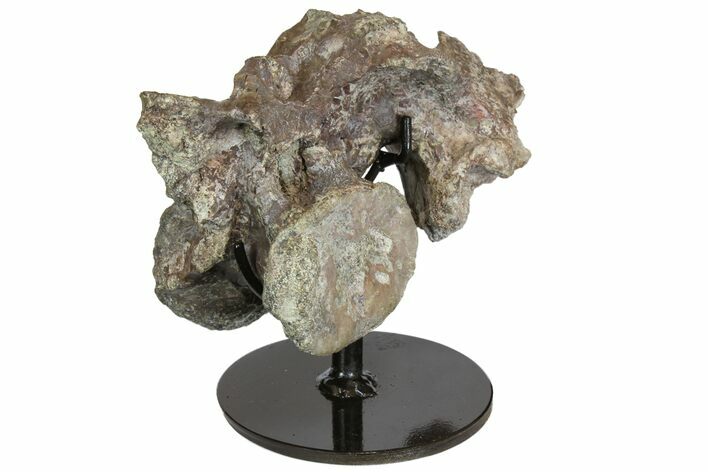 This is a 6.3" wide fossil sacral vertebra from a Triassic Phytosaur (Leptosuchus sp.?) collected from the Chinle Formation of Arizona. The remaining process is warped as a result of being subjected to millions of years of geologic forces. The vertebra was found in multiple pieces, requiring crack repair and gap fill restoration to piece it back together. It comes with the pictured, custom built display stand for presentation. 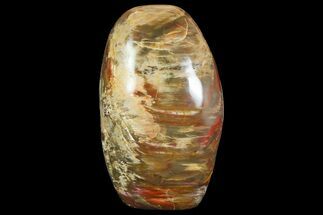 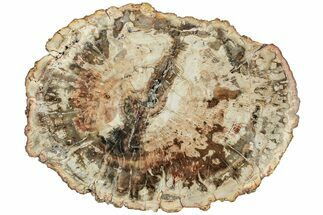