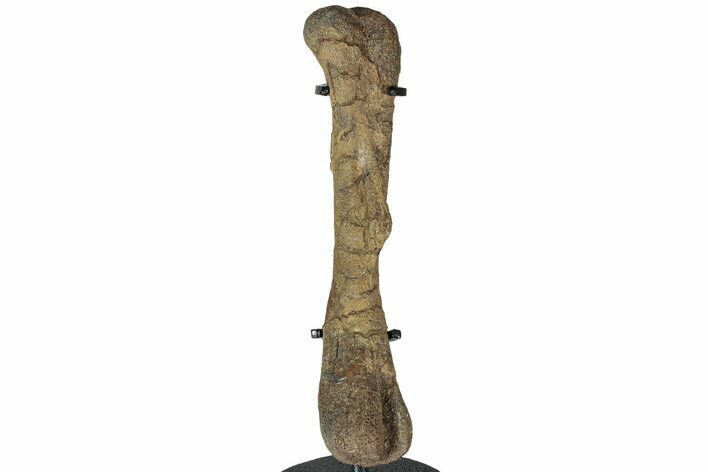 The bone was found with fragmentation of the diaphysis, requiring crack repair and minor gap fill restoration.