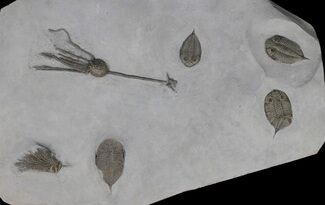 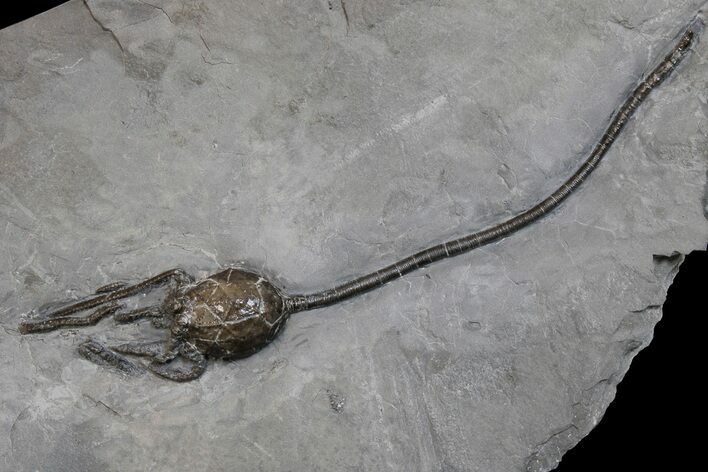 This is a 6.3" long fossil cystoid (Caryocrinites ornatus) from the Rochester Shale of New York. These were very unique finds because cystoids are almost always (99% of the time) found without arms or stems. The layer these cystoids originally came from had been exhausted for over a decade, but recent excavations in the past few years exposed additional material.

This cystoid specimen is very inflated, 6.3" long including the stem located on a thick, 8.7x5.2" block of shale. It comes with a display stand.