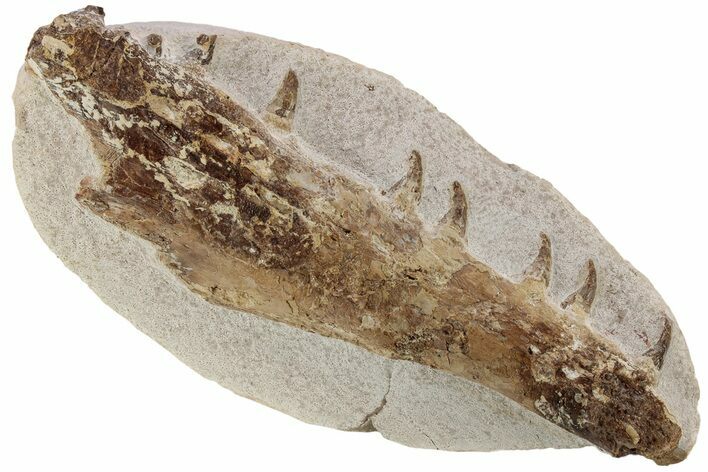 This is an impressive, 6.6" long, fossil Mosasaur (Tethysaurus nopcsai) jaw section collected near Goulmima, Morocco. There are six original teeth still in place and the bone preserved nicely. There are signs of minimal touch-up restoration throughout the jaw.