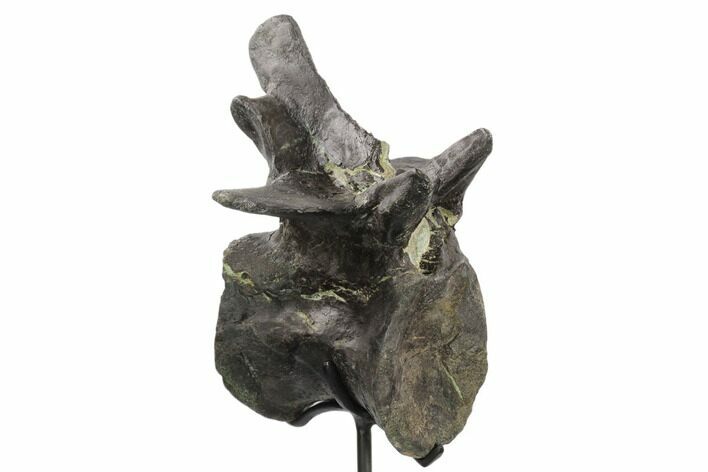 This is a 6.7" tall, caudal (tail) vertebra of an Allosaurus collected this past summer from our partners private quarry east of Dinosaur, Colorado. It is part of a partial, articulated tail that was found in the quarry, but unfortunately the rest of the animal had long since eroded away. The individual vertebra were carefully prepared from the hard stand stone they were found in and individually mounted on custom metal display stands.

The bone is a jet black coloration and the centrum and lower portion of the process is very solid. The process spine have significant restoration as they were much closer to the surface and more weathered/crumbly.