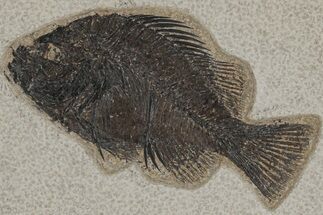 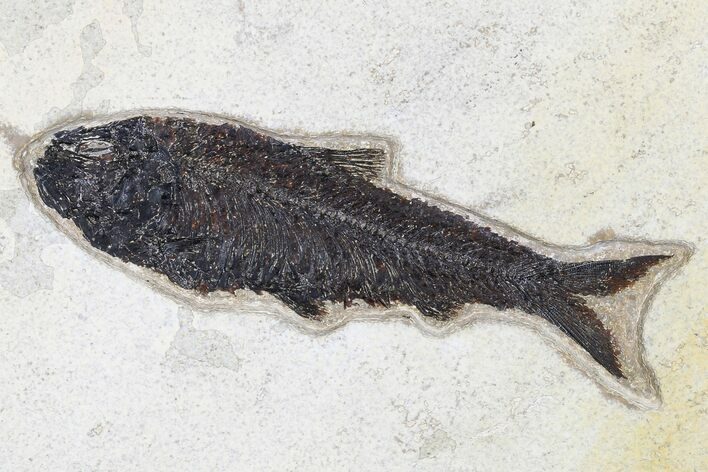 This is a gorgeous, 6.8" long fossil fish (Knightia) from the 18 Inch Layer of the Green River Formation of Wyoming. It is well preserved and shows bones and fin rays. In fact, under magnification overlapping scales can be seen. It is aesthetically presented on a solid, rectangular slab of shale.