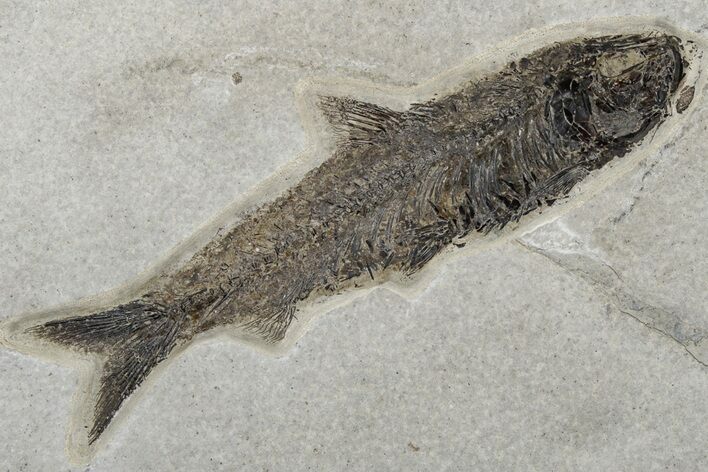 This huge, 6.8" long fossil fish (Knightia eocaena) from the Eocene-age Green River Formation in Wyoming. It is well-detailed and prepared with bone structure, fins, and some scale structure visible.

It comes from the "bottom cap" of the 18 inch layer which produces the best preservation in the quarry but the fish also take 2-3x longer to prepare. It is nicely centered on a thick, 10 x 10" section of shale. 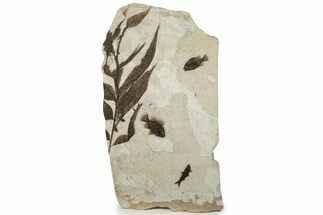