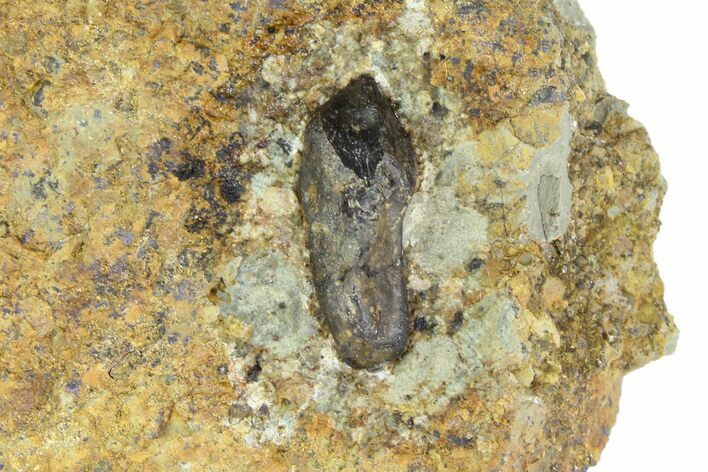 This is a .6" long, fossil hadrosaur tooth collected from the Two Medicine Formation of Montana this summer. It has been partially exposed from the rock that it was found in. Comes with an acrylic display stand.