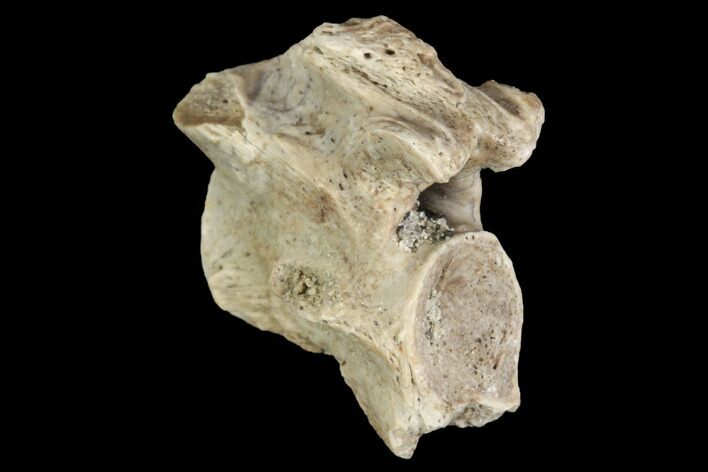 An artists reconstruction of Thescelosaurus. By Nobu Tamura (http://spinops.blogspot.com)
is a .65" long vertebrae with processes, from the ornithopod dinosaur Thescelosaurus. It was collected from the Hell Creek Formation of Bowman, North Dakota.