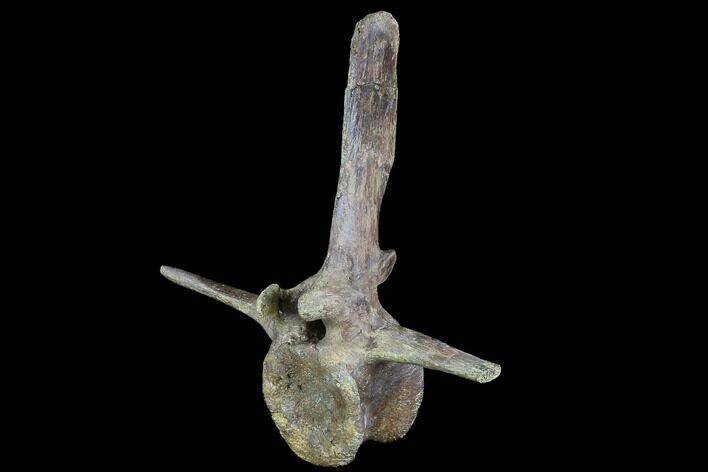 This is a very nice, 7.3" tall vertebra of a Pachycephalosaurus ("thick headed lizard") with a intact process It was collected from the Hell Creek Formation in Carter County, Montana. The bone is in very good condition with just some minimal restoration to fill some cracks and at the very ends of the process.