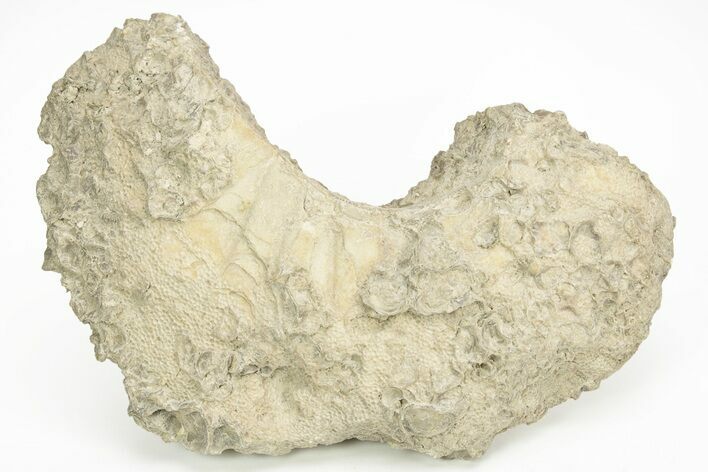 This is a 7.8" wide fossil rudist of the species Durania maxima. The circular shape of these organisms is fully preserved in this fossil. They come from the Late Cretaceous Niobrara Formation (~83 million years) in Gove County, Kansas. Portions of this specimen are coated in tiny oyster fossils.

The Smoky Hill Chalk Member of the Niobrara Chalk formation is a Cretaceous conservation Lagerstätte, or fossil rich geological formation, known primarily for its exceptionally well-preserved marine reptiles. It outcrops in parts of northwest Kansas, its most famous localities for fossils, and in southeastern Nebraska. Large well-known fossils excavated from the Smoky Hill Chalk include marine reptiles such as plesiosaurs, large bony fish such as Xiphactinus, mosasaurs, pterosaurs, and turtles.
FOR SALE
$75
DETAILS
SPECIES
Durania maxima
AGE
Late Cretaceous (~83 Million Years)