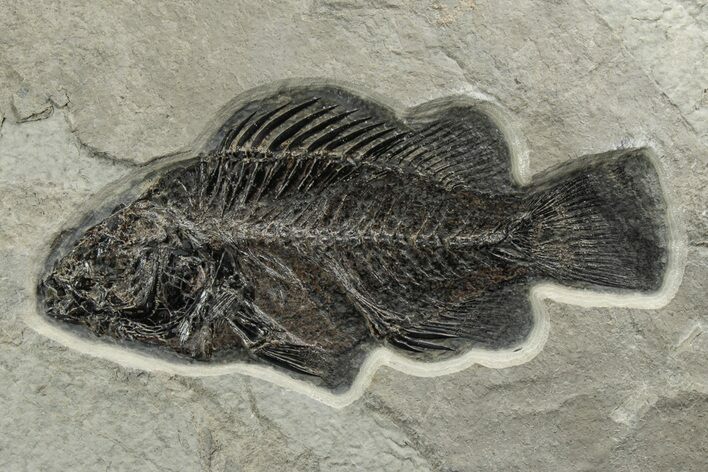 This is a stunningly preserved, 7" long, Priscacara serrata fish from the Green River Formation. It was collected from the Lindgren quarry near Kemmerer, Wyoming. It comes from the "bottom cap" of the 18 inch layer which produces the best preservation in the quarry but requires 2-3x longer to prepare due to the hardness of the rock. It is nicely centered on a 14.4 x 10.6" section of shale and associated with a fossil twig or reed.

Comes with a display stand. Upon request we can add a backing and wall mounting hardware to the plate.