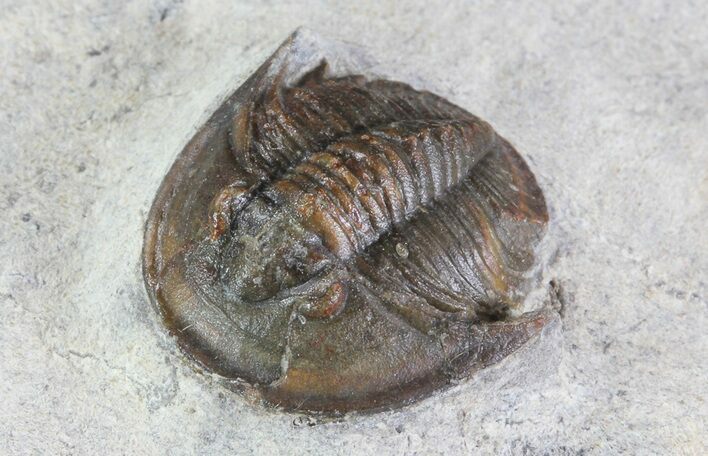 This is a fairly scarce type of Proetid trilobite (Tropidocoryphe) from Morocco. I believe based on the rock, preservation and species it came from the Timrhanrhart Formation near Foum Zguid, but not 100%. It's .7" long and bears small spines on each axial ring. A nice specimen of a hard to find species.