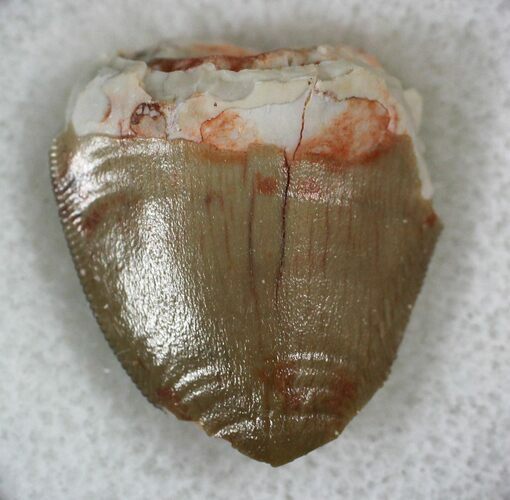 This is a nicely serrated, posterior tooth for a Redondasaurus gregorii, one of the largest Phytosaurs. It comes from the Petrified Forest Member of the Chinle Formation in Arizona. Redondasaurus is considered by many to be synonymous with Pseudopalatus.

The tooth has great enamel on one side, though it is missing a section of enamel on the back side. 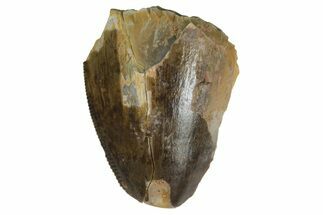