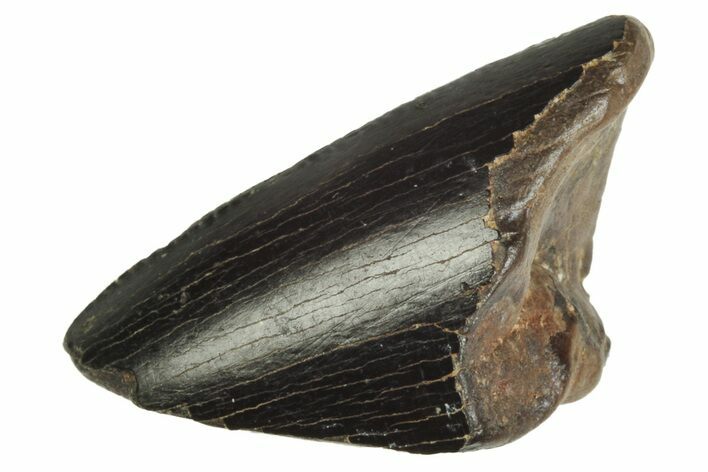 This is a .78" long, partial, serrated Tyrannosaur tooth collected this summer from the Judith River Formation of Montana. This formation is approximately 75 million years old, or about 9 million years older than the Hell Creek Formation which produces T-Rex.