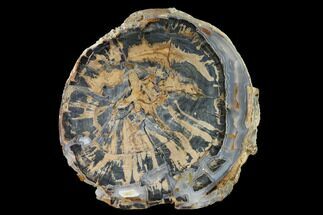 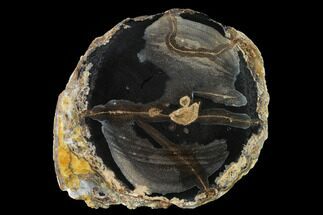 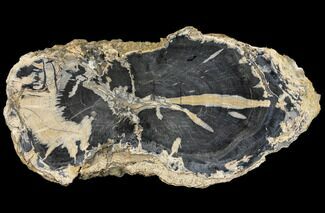 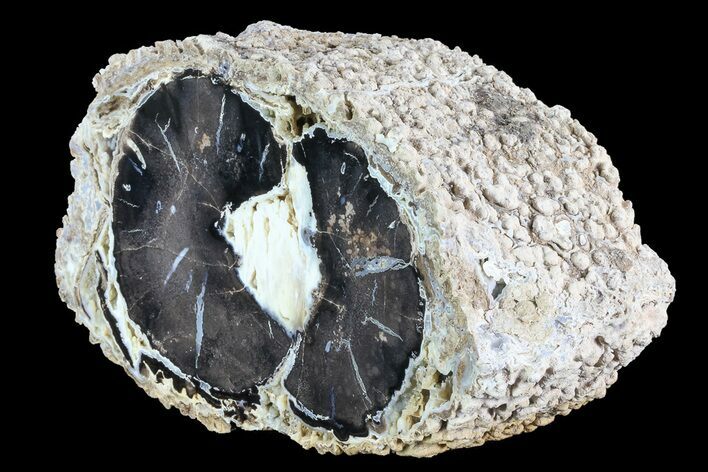 This is a beautiful section of 50 million year old petrified wood from Sweetwater County, Wyoming. It was formed when trees died and fell into a swamp where they were rapidly covered by algae. This formed casts that preserved the original bark surfaces of the trees and kept them from decaying. Eventually the algae casts and the spaces between them were filled in by minerals, often in exquisite, crystalline form. 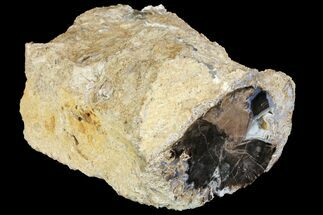 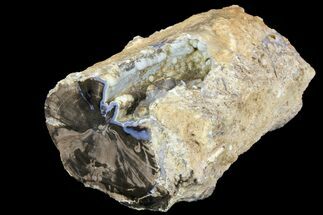 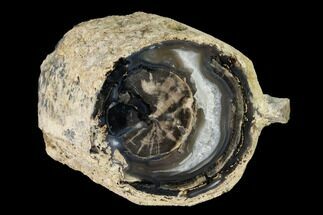 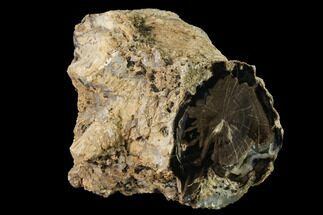 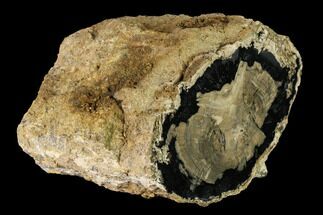 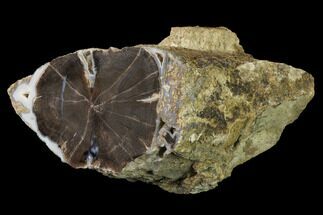