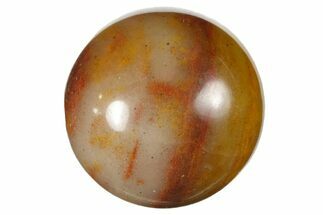 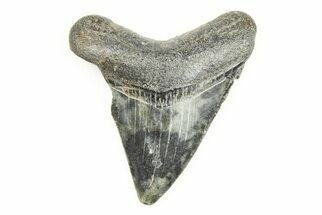 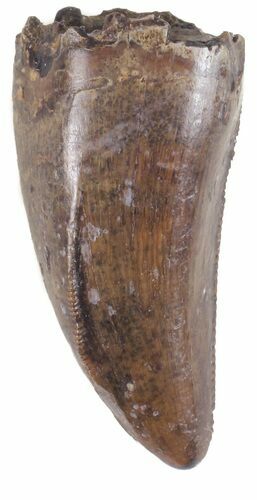 This is a .91" long theropod tooth likely of the species Nanotyrannus lancensis from the Hell Creek Formation of Montana. It has nice dark enamel preservation with visible serrations and only minor feeding wear. Tooth is fairly conical in cross section and would have likely been a premaxillary tooth. Comes in an acrylic display case.

Often these smaller Tyrannosaur teeth from the Hell Creek Formation get labeled as being Dromaeosaur (Raptor) teeth based on their size, but many (such as this one) likely represent juvenile Tyrannosaurs.

There is a hot debate among paleontologists about whether Nanotyrannus and Tyrannosaurus rex (T-Rex) are really the same species, with Nanotyrannus representing juveniles. Recent finds that are soon to be published should put this debate to rest, definitively proving that Nanotyrannus is in fact a separate genus and valid genus. Nano teeth tend to be much more finely serrated, and much thinner/blade like t-rex teeth, in addition to being smaller.
About Dinosaur Teeth
View Jurassic World Fossils
SOLD
DETAILS
SPECIES
Theropod (Nanotyrannus lancensis?)
AGE
Late Cretaceous (~66 Million Years) 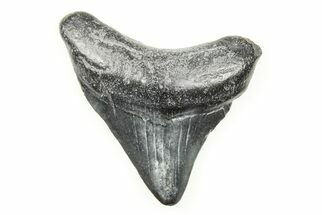 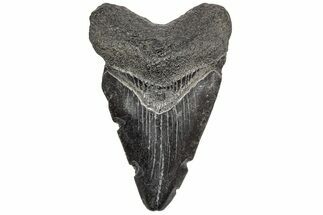 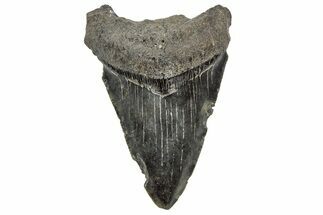 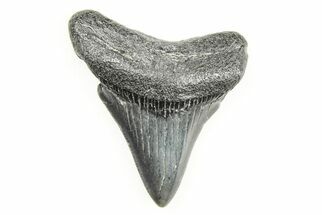 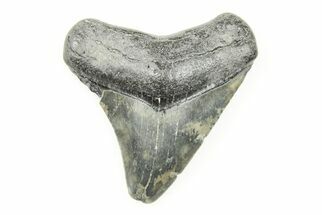 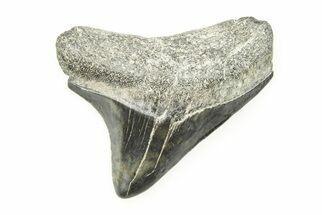